Most media players just look like a boring black or white box, but Tronsmart Prometheus proves it does not have to be that way, as this model comes in the shape of a spaceship. This box running Android 4.1.2 Jelly Bean is based on AMLogic AML8726-M6 dual core Cortex A9 processor with 1GB RAM and 4GB Flash. 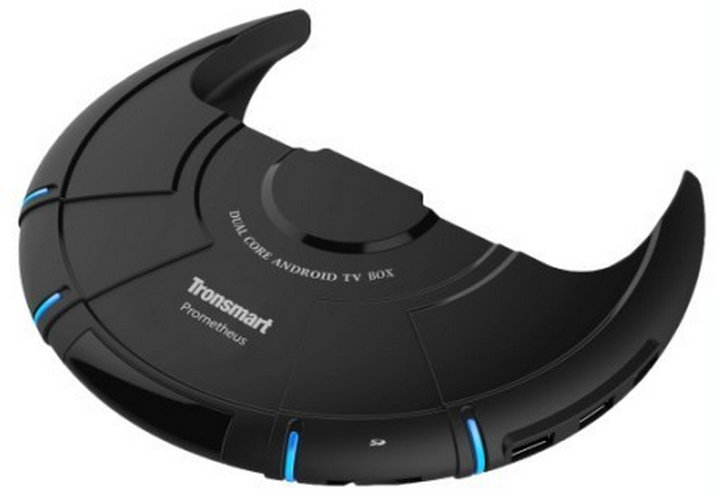 Here are the specs of this spaceship media player:

The box is sold with a power adapter, a user manual, and a mini HDMI Cable. Tronsmart Prometheus runs Android 4.1.2, and some sellers claim it can support hardware video decoding with XBMC.

You can buy it for $99 on Geekbuying and several Aliexpress sellers. The website http://www.tronsmart.com/ is mentioned on the STB package, but it’s still under construction at the moment.