This is the last day of the year, so it’s probably a good time to look back and see what interested people on this blog. This has been a banner year for low cost ARM devices and boards starting with the Raspberry Pi, then MK802 and the new mini PCs / HDMI TV dongles / PCs-on-a-stick (whatever you want to call them) that came after, always cheaper and faster. Those low cost devices have in turn made people really interested in ARM Linux, and lots of development on those little devices and boards started.

The top 10 posts of 2012, according to page views, reflect just those trends:

That will be the last post of 2012, so the “hardware team” (pictured below) and I would like to wish you a very happy and prosperous new year 2013, which I’m sure will be as exciting as 2012 for Linux/Android gadgets and boards, and we should see the first big.LITTLE processors and corresponding devices, ever cheaper tablets, smartphones and mini PCs, an interesting Intel vs. ARM fight for mobile devices, a proper XBMC ARM set-top box close to $50, new mobile OSes based on Linux (Tizen, Sailfish OS, Firefox OS…), and more… 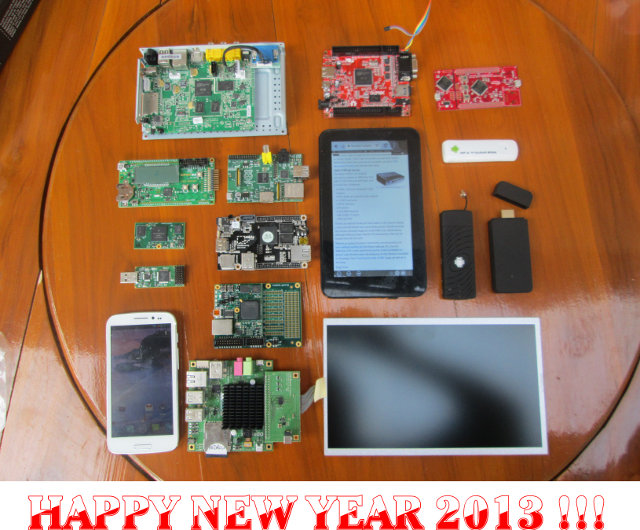