There really seems to be a push for cellular IoT those days, with new hardware coming up every week.  Following up on their NB-IoT shield for Arduino last year, SODAQ has now launched two versions of SARA boards based on u-blox SARA LTE-IoT modules, and u-blox M8Q GPS/GNSS module.

Both boards are Arduino compatible thanks to a Microchip SAMD21 MCU, and while u-blox SARA board follows the Arduino form factor, u-box SARA SFF is much more compact (50×25.4 mm) and potentially easier to integrate into a project or product. Another pretty unique feature (AFAICT) is that you can power the board directly with a solar panel. 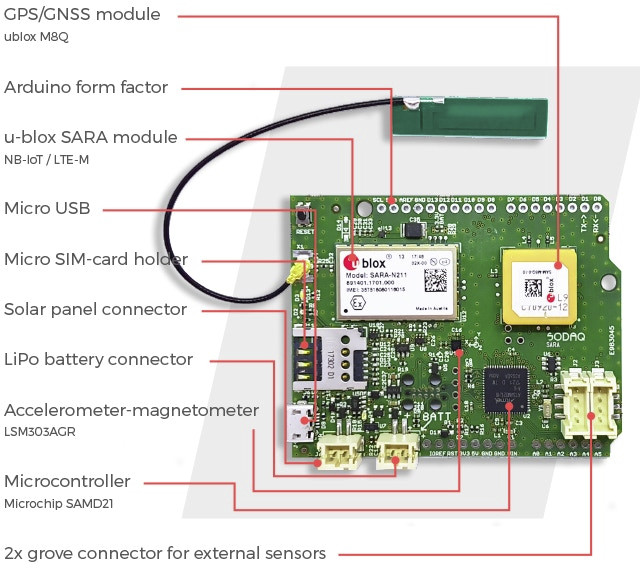 Somehow the company managed to pack most of the features of SODAQ SARA in their Small Form Factor (SFF) version, except they replaced the GNSS module with a smaller one (unnamed) and used an u.FL connector for an external GNSS antenna. At 50×25.4mm the board is said to be small enough to fit into a matchbox.

With three different LTE IoT module and two form factors, there are 6 different versions of the board:

To select the best board for your need, the map below showing NB-IoT / eMTC coverage may help. 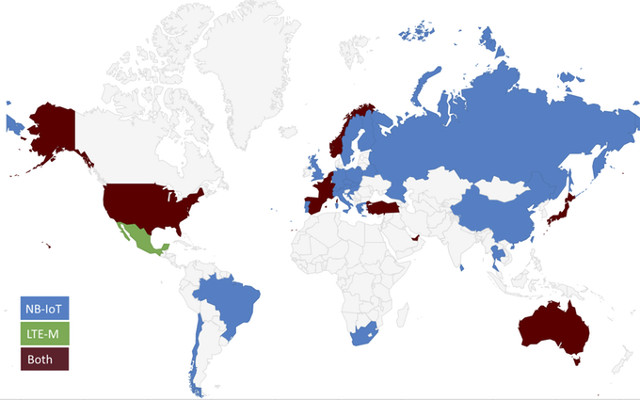 The map above is good for reference only, as for example while NB-IoT has been deployed in Thailand (highlighted in blue), there are only a few base stations support NB-IoT at this stage, so the LTE-IoT network is not available countrywide. You may want to check GSMA website for more details info about eMTC/NB-IoT deployments including the name of providers in each country.

The company launched a Kickstarter campaign to fund mass production aiming to raise 25,000 Euros (about $30,700 US). Shipping adds 10 Euros to European countries, and 20 Euros to the rest of the world, and delivery is planned for March to June 2018 depending on reward.

Tweet There really seems to be a push for cellular IoT those days, with new hardware coming up every week.  Following up on their NB-IoT shield for Arduino last year,…