RISC-V free and open architecture has gained traction in the last couple of years. SiFive has been one of the most active companies with RISC-V architecture, introducing Freedom U500 and E500 open source RISC-V SoCs in the summer of 2016, before launching their own HiFive1 Arduino compatible board, and later the official Arduino Cinque board.

That’s fine if you are happy with MCU class boards, but RISC-V is getting into more powerful processors, and recently got initial support o Linux 4.15, so it should come as no surprise the company has now launched HiFive Unleashed, the first RISC-V-based, Linux-capable development board. 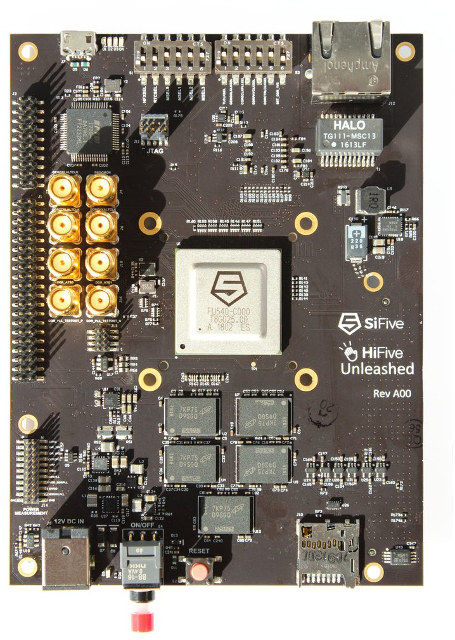 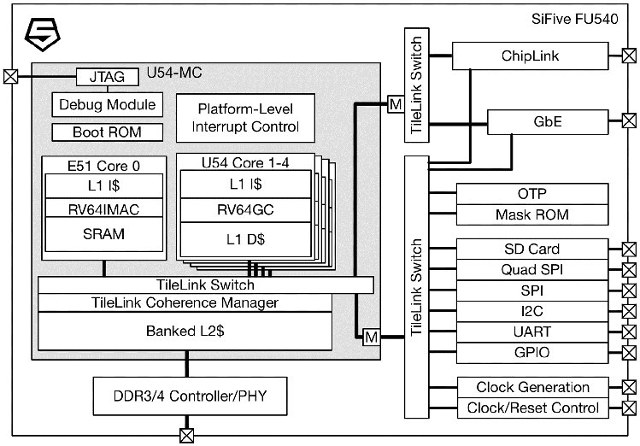 The board is mostly for developers and enthusiasts and currently the main use cases including building a RISC-V computer, adding features to Linux, or port packages to a Linux distribution. It’s unlikely to be a plug and play board suitable for anybody, at least at the beginning.

The company simultaneously unveiled & showcased the board at FOSDEM 2018 (See embedded video below), and launched it on CrowdSupply with a symbolic $1 funding goal. The downside is that as with most new technologies it’s pretty expensive at first, and you’d have to pledge $999 to get the board shipped at the end of June 2018, or $1,250 to get one of the first 75 boards in March/April 2018. Shipping is free to the US, but adds another $40 to the rest of the world. More details may eventually be available in the product page.

Tweet RISC-V free and open architecture has gained traction in the last couple of years. SiFive has been one of the most active companies with RISC-V architecture, introducing Freedom U500…