Today, I was  made aware that you can buy some sort of fan to produce holograms designed in your own computer. It’s referred to “M1 Naked Eye 3D Holographic Advertising” in several shops, and as the name implies it’s likely mostly useful for businesses rather than home users. 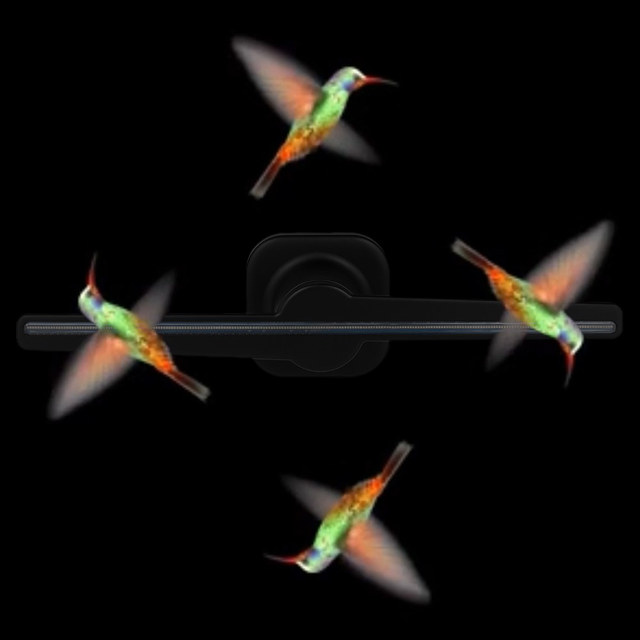 The fan is to be wall mounted, but they recommend an installation height of 3.5 meter or higher on safety ground, otherwise a protective cover is needed. 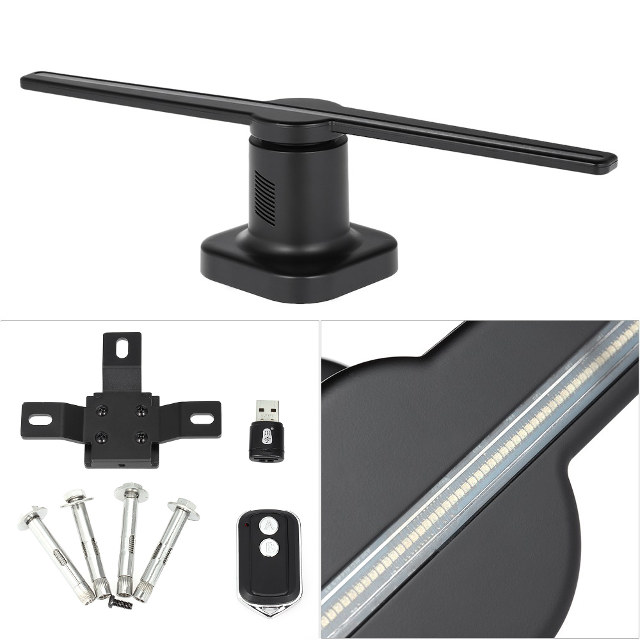 The “3D Holographic Display / fan” comes with a memory card, a card reader, a 2-buttons remote control, four screws, a wall mount bracket, a power adapter, and a user manual. The included micro SD card apparently comes with “Hologram Display” software for Windows XP/7/8/10 used to edit photos and videos to work with the holographic display. The video show some demos, as well as the Windows software.

Tweet I’ve been watching or reading news about holographic displays recently where you can watch 3D objects into space without 3D glasses. Not the IoT gateway with an holographic maid,…