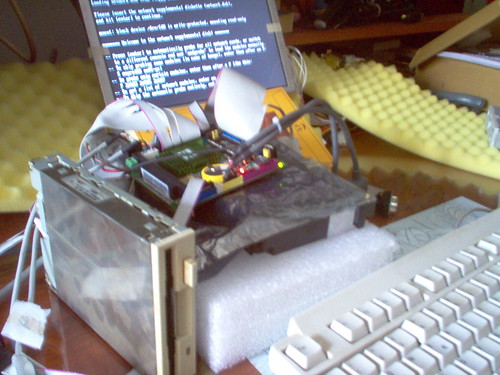 The name of this operating has been derived from the Linux kernel, which Linus Torvalds wrote in 1991. The GNU operating systems, originated by Richard Stallman in 1983, is the basis of the rest of the system, comprising libraries and utilities. The GNU contribution also forms the basis for GNU/Linux that is the preferred name of the Free Software Foundation. Recently enough, because of the emergence of the netbooks and the Ubuntu distribution, Linux is being installed on both desktops and laptops. Otherwise, it is used for servers, computer hardware, embedded devices, mobile phones and supercomputers.

The basic design of the Linux operating system is derived mainly from the principles established in Unix, back in the 1970s and 1980s. It uses a monolithic kernel known as the Linux kernel that is responsible for handling control, file system access, peripheral and networking. Additional device drivers are incorporated with these kernels. The higher-lever functionalities of the system are catered by separate projects that interface with the kernel. For instance, the GNU helps in implementing most of the common Unix tools, and the C library. Another tool used by many Linux systems is the GUI, graphical user interface, which is based on the X Window System.

There are different ways to use this operating system. You can use it through CLI, a command line interface, or a GUI. For the embedded systems, one can use it through the controls attached with the associated hardware. KDE, Xfce and GNOME are the three most famous user interfaces for the desktop machines. Because of the network transparency it provides, X Window System is used to run most of the popular interfaces. This transparency allows the freedom to display and control a graphical application running on one system from another.

Linus is such an operating system that is not designed just for the desktops and laptops. The distributions of Linux vary and are specialized for different purposes including commitment to a given desktop environment, support for real-time applications, localization to a specific language or region, security, stability, targeting a specific user group, embedded system, and computer architecture support. And there has been seen a shift of interest to the Linux operating system in the last few years.

Summary: Linux is one of the most popular operating systems, after Windows. However, it is not that very common in the personal computer market but it is solely looked upon for embedded systems and supercomputers. It was written by Linus Torvalds and it works mainly on the GNU system created by Richard Stallman.