It’s official, there’s a bubble of Rockchip RK3399 boards announcements or launches in early 2018. After AAEON RICO-3399, Orange Pi RK3399, and Pine64 RockPro64, which add to 96Boards compliant Rock960 announced a couple a months ago, and which may launch in Q1 2018, Hardkernel has now announced they’ve been working on ODROID-N1 board. 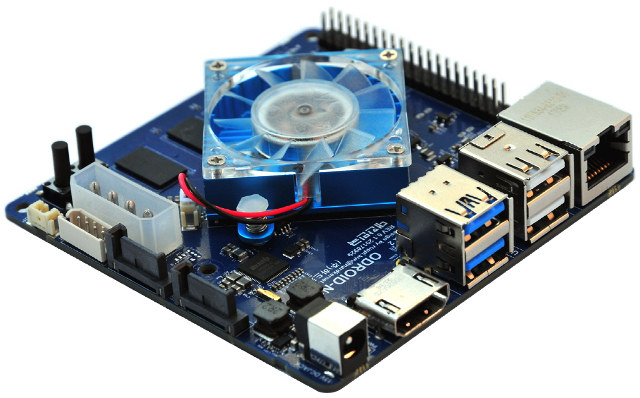 The company will officially support Ubuntu 18.04 or Debian Stretch with Kernel 4.4 LTS, and Android 7.1. Linux 4.14 has also been found to be working, except for some GPU/VPU issues, so a kernel update is possible/likely. 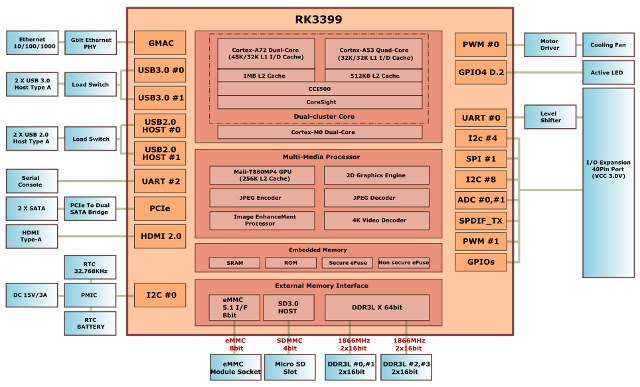 Beside the specifications, it’s also interesting to learn why they made the board: as an upgrade to ODROID-XU4 / XU4Q (which will still be mass-produced). The company also looked at Amlogic S912 and Realtek RTD1295, but decided Rockchip RK3399 was the best match for the requirements of their community. Compared to ODROID-XU4, ODROID-N1 will come with a faster CPU & GPU, more DRAM memory, faster storage IO, and be more Linux friendly. 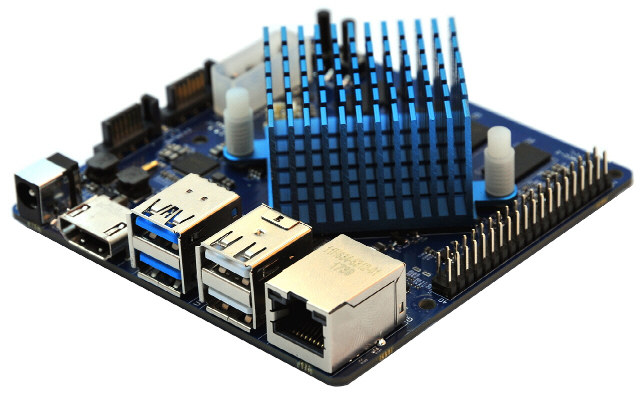 As with the ODROID-XU4 family there will be an actively cooled model, and a passively cooled one with a bigger heatsink. The latter will work well for most people, but if you need to continuously run loads using all 6 cores at full power, the former will perform a bit better overtime.

What may be disappointing if that we’d have to wait a few more months before availability. The company will send 30 engineering samples to pre-selected members of the community for a “Debug Party” to further test the board before mass production, expected in May or June. Price should be around $110, with the final price depending on the DRAM market price. If the board is popular, an ODROID-N1 Lite version with 2GB RAM and no SATA port may be launched later on for $75.

Thanks to Jerome, T, crashoverride, and Nanik for the tip.