Lately, there seems to have been a fair amount of interest for a Rockchip RK3066 mini PC (aka UG802) running Android 4.0, and the first mini PC to feature a dual core processor. I’m often reading people complaining about the lack of RAM on those devices, and some others would rather run most things from flash than an SD card for performance reason. 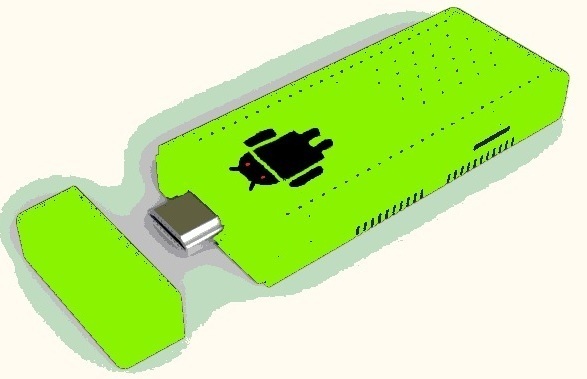 But you might be able to get a more powerful mini PC soon, as deadhp1, a reader of this blog would left lots of feedback about Ug802, have been talking with manufacturer to design an HDMI TV stick based on UG802 platform, but with 2 GB RAM and 16 GB Flash, and the processor would be clocked at 1.6GHz instead of 1.2 GHz. The device is called “Dual Droid TV Stick” with the slogan: “Two brains are better than one”. The specifications would be as follows:

However, for this to happen, manufacturers would need a minimum order of around 1.000 pieces to cover the cost of development and bring the price to an acceptable level, which is why deadhp1 launched a crowd-funding campaign on Indiegogo.com. The first 100 pieces would be sold for $115 and the subsequent sponsors would have to pay $125. You also need to add $10 to $15 for shipping.

It’s still unclear which accessories (cables, power adapter…) will be provided with the stick from the Indiegogo page. You should get a pretty good Android experience on this stick, but you may not be able to get a proper Linux port due to Rockchip policies with regards to open source software.

This product is still at the development stage, and it should available sometimes in December 2012.