I wrote about Free Electrons several times in the past due to their work on porting Arm SoCs to mainline Linux. Free Electrons is no more. But don’t be sad, as it’s not because they closed shop, but instead they changed their name to Bootlin due to trademark trolls.

Bootlin intensively worked on Allwinner processors, for example working with Next Things Co. to add CHIP board to mainline Linux, or more recently adding support for OpenGL ES in mainline Linux, albeit with closed-source user space binary blobs. The company normally work with partners for their work, but for their latest initiative aiming to bring Allwinner VPU (Video Processing Unit) to the official Linux kernel there’s asking funding from the community through a Kickstarter campaign. 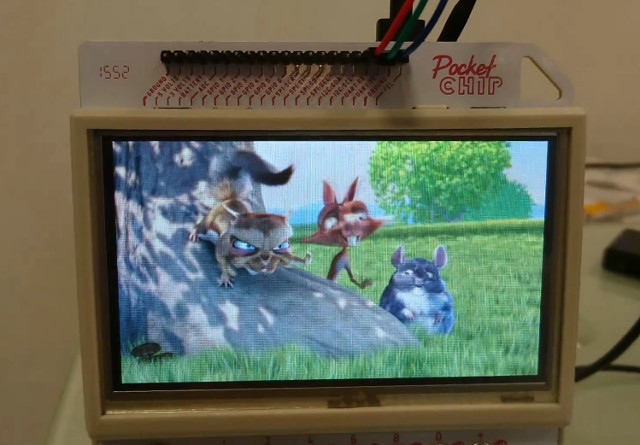 For those who do not know, the VPU is the IP block within the SoC used for hardware video decoding of codecs such as MPEG2, MPEG4 or H264.Bootlin already showcased a demo with Cedrus open source VPU driver on C.H.I.P board in 2016, which supported and still only supports MPEG2 codec. Now as stated in their blog, they want to bring more complete support by working on the following if they can reach 17,600 Euros in funding:

They also have stretch goals:

That’s the first time the company tries to fund upstream Linux kernel development through a crowdfunding campaign, so it’s unclear whether there will be interest. I’d assume it might be difficult to get it funded by individuals only, but if some companies are not satisfied with the closed-source Allwinner VPU driver that’s a good way to get open source software developed since costs are shared. Pledges start at 4 Euros, and go up to 1,024 Euros. The campaign will last for 45 days, and estimated delivery is scheduled for June 2018 for the main goals, and if all stretched goals are reached full development should be complete around December 2018. If the campaign is successful, a weekly progress report would be provided on the company website.

Tweet I wrote about Free Electrons several times in the past due to their work on porting Arm SoCs to mainline Linux. Free Electrons is no more. But don’t be…