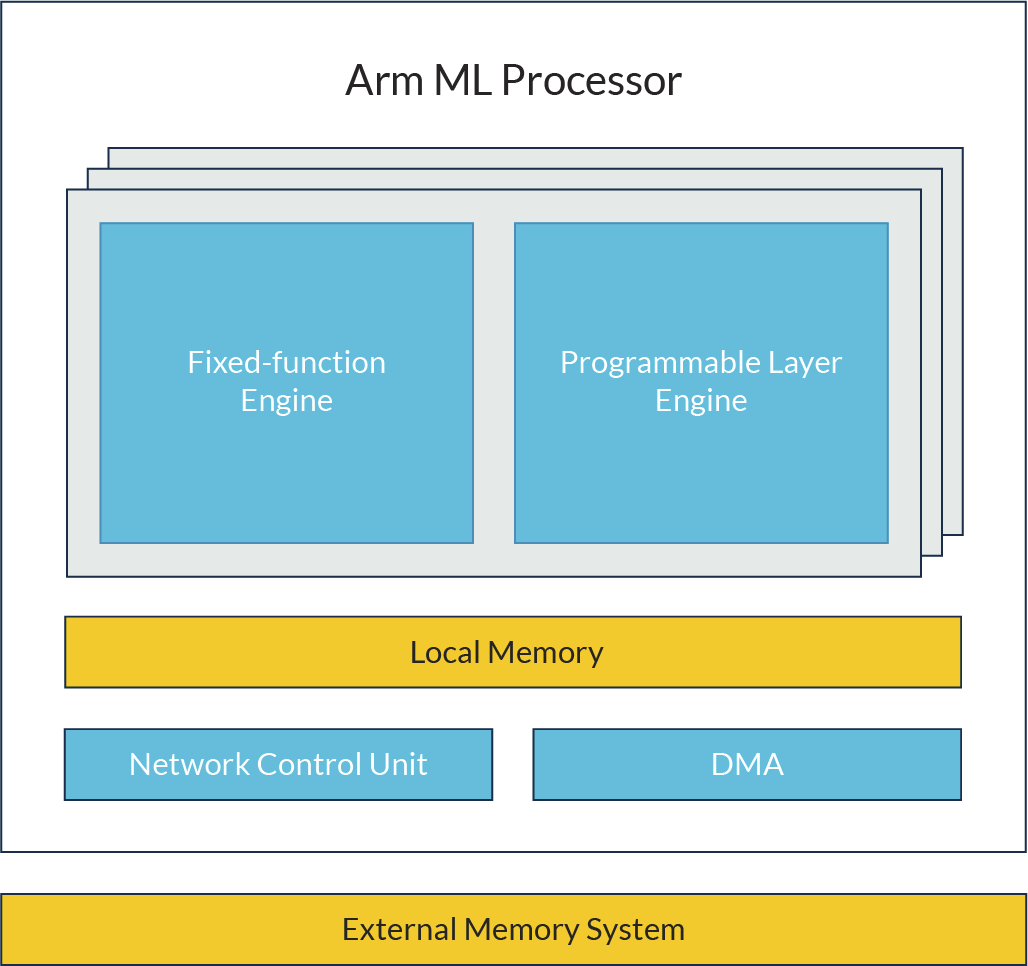 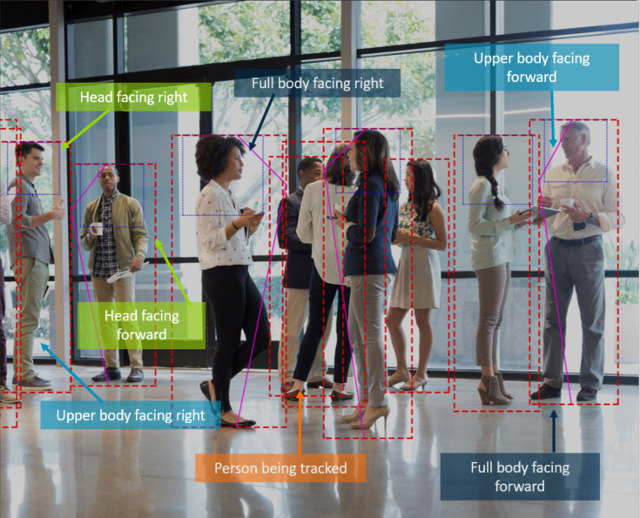 The company provides drivers, detailed people model with rich metadata allowing the detection of direction, trajectory, pose and gesture, an object tracking library and sample applications. I could not find any of those online, and it appears you have to contact the company for details if you plan to use this into your chip. 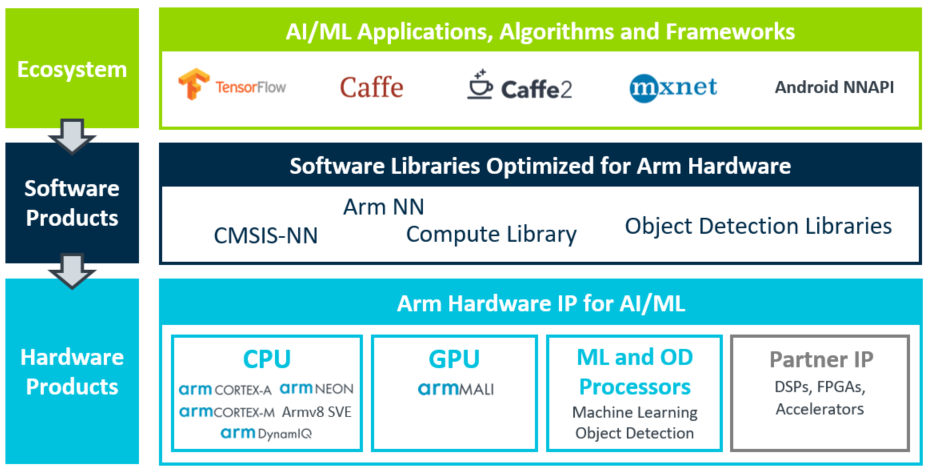 Arm will be more open about their Arm NN software development kit which bridges existing neural network frameworks like TensorFlow, Caffe(2), or MxNet – to the underlying processing hardware including Arm Cortex CPUs, Arm Mali GPUs, or the new ML processor. Arm NN will focus on inference, which happens on the target device (aka at the edge), rather than training which happens on powerful servers.

Arm NN utilizes the Compute Library to target  Cortex-A CPUs, Mali GPUs & Arm ML processor, and CMSIS-NN for Cortex-M CPUs. The first release will support Caffe with downloads, resources, and documentation becoming available in March 2018, with TensorFlow coming next, and subsequently other neural network frameworks will be added to the SDK. There’s also seems to be an Arm NN release for Android 8.1 (NNAPI) that currently works with CPU and GPU.