Many android games now use virtual buttons on the touchscreen for control, but this may not be optimal for all types of games, which is probably why Archos announced the launch a new type of tablet called the Archos GamePad just before IFA 2012. This device would just be like any 7″ Android 4.0 tablets were it not for the control buttons and analog stick on both sides of the screen. 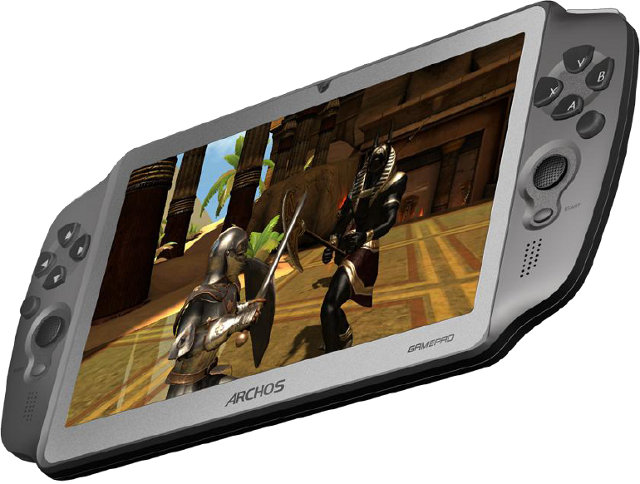 Here are the GamePad specifications as found on Arctablet.com:

Android 4.0 supports game controllers within its framework, and by making use of this framework, the GamePad can support many games. However, lots of games still do not include physical control mapping, so Archos developed their own mapping and game recognition tool, which allows any virtual controls to be mapped to the GamePad physical control buttons. This currently allows the GamePad to be supported by thousands of games, according to Archos.

The company has been discussing GamePad game development with “leading games developers”,  and is now invite all Android game developers to make their games compatible with the GamePad. If you’re such a developer, you can contact Archos by email: [email protected]