As I mentioned in the list of Android benchmarks, Antutu was going to release version 3.0 of the benchmarking tool on the 26th of November. This is now done, and if you go over Google Play, you can download Antutu Benchmark 3.0. 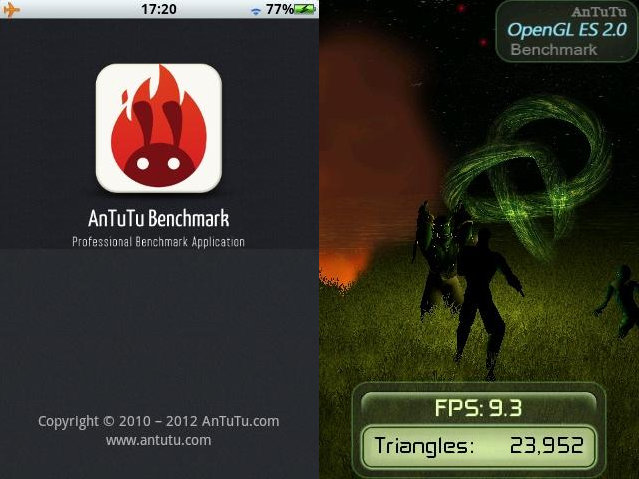 They have improved a couple of things over 2.xx version mainly on the graphics side:

I have tried the new version on my WM8850-MID Tablet, and the first thing I’ve noticed is the SD card path detection which will let you select between the SD card or internal flash mount points. The other major difference is the OpenGL ES 2.0 benchmark which is much more demanding than the previous 3D tests, and my tablet based on Wondermedia WM8850 (Cortex A9 + Mali 400) really struggled with fps around 6 to 9.

As the graphics tests have massively changed, Antutu scores using version 2.xx are now completely irrelevant, and you’ll have to run Antutu 3.0 again to comparetscores to other devices. On my tablet, the new score is 4503, whereas it scored 2951 with the previous version. Top devices now get scores over 22,000 (Xiaomi MI2, LG Optimus G…). The table below compares the detailed scores for this tablet between different versions of Antutu.

Please note that I also upgraded the firmware between the 2 benchmarks, so there may have been some improvements in the new version. Nevertheless, this should mean that CPU & SD card tests might be comparable between versions, but RAM & graphics results appear to be completely different.