ODROID-U Development Board Compared to a Credit Card 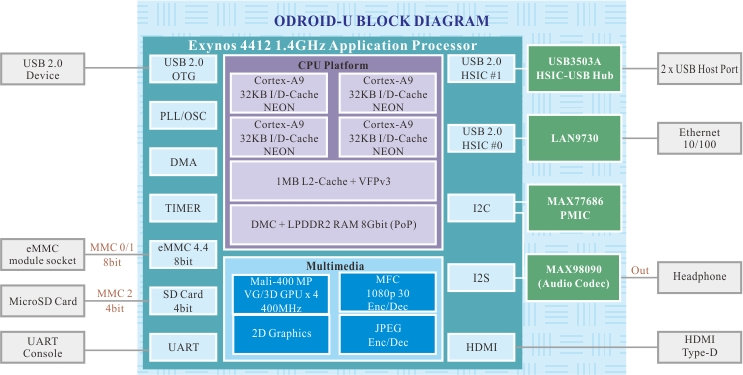 As with the ODROID-X, Hardkernel will provide Android Jelly Bean and Ubuntu images and source code. Schematics will also be made available but only on the 31st of January 2013.

As you can see from the picture above, ODROID-U(2) boards will be shipped with an aluminum heatsink that will also serve as a case for the board. Most of ODROID-X modules (See unboxing) will be available for the platforms excluding LCD screen and Camera module which are not available for the new platform. Watch the video below for a tour of the board, accessories and see what you can do in Ubuntu (web browsing in Firefox, printing in Libreoffice…).

Hardkernel also announced further details about ODROID-X2 board (same as ODROID-X board but with Exynos 4412 prime and 2 GB RAM) that will be sold for $135 (instead of $149 previously announced) and be available on the 10th of December 2012.